The precision and accuracy with which single cells can be analyzed and manipulated has been greatly improved in recent years by the development of microfluidic-based flow cytometry.

Now, a review by scientists at the Institute for Chemical and Bioengineering has summarized recent research into the development of ultra-high-throughput single cell analysis and multi-parametric imaging tools.

The authors summarize several microfluidic cell-focusing means and detail the most advanced detection methodologies; namely the camera- and photodetector-based imaging techniques. The review is published by Stavrakis and colleagues in the Analytical Biotechnology special issue of the journal Current Opinion in Biotechnology. 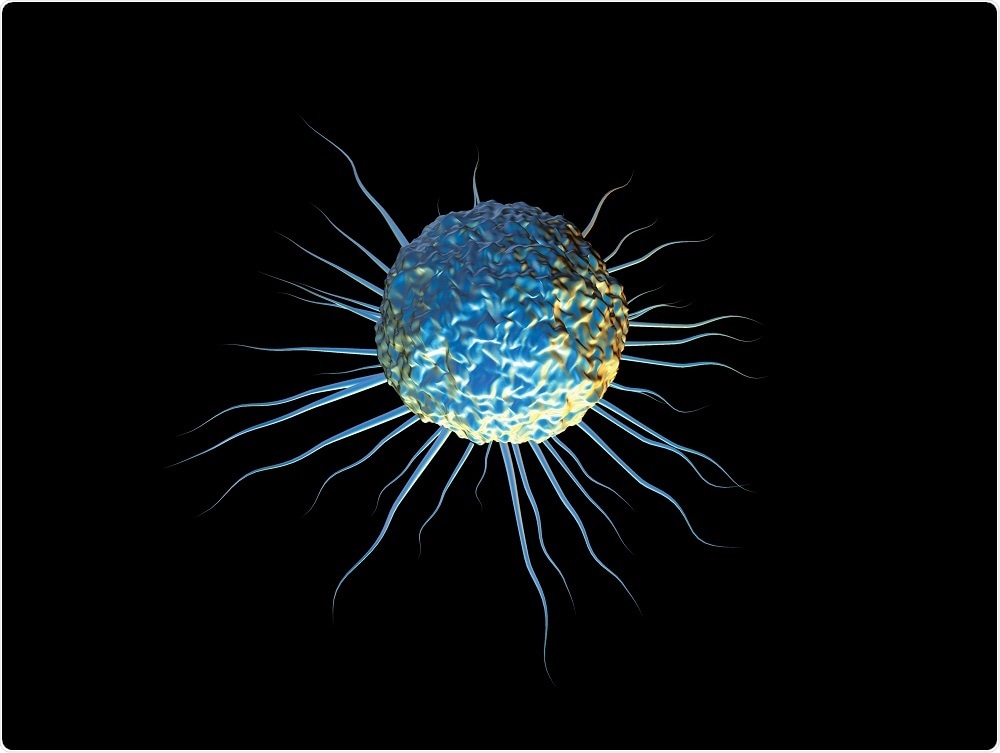 Cameras that can beat the blur

The simultaneous processing of individual cells or biomolecules is dependant on the ability to focus cells into a single-cell flow. This allows cells to be isolated and imaged individually. Several techniques for manipulating the sheath flow, a wall of fluid through which the sample is injected, have improved the positioning of the inner sample flow. This sample flow houses the cells being investigated and allows them to be placed optimally for imaging.

The high-velocity movement of cells within the sheath fluid is problematic as it creates ‘optical blur’, a blur surrounding the image of the object. Attempts to eliminate optical blur have previously implemented imaging flow techniques. These techniques attempted to couple microscopy, which offers good image resolution with flow cytometry, which suffers from poor spatial resolution.

However, flow imaging suffers from low-moderate throughputs and a large sheath fluid volume requirement. Current research focusses instead on coupling flow cytometry methods with microfluidics, offers the advantages of high-throughput and low-volume.

Schonbrun et al., for example, incorporated the use of a microfabricated platform with diffractive lenses to generate magnification and submicron resolution. The most recent developments in microfluidic flow imaging have succeeded in achieving even greater throughput, termed ultra-high throughput.

Rane et al. demonstrated a means of achieving blur-free images at high velocities with an analytical throughput of 85 000 cells/s. Moreover, they were able to take multi-parametric measurements (multi-color fluorescence, bright-field, and dark-field images), which allows cells to be characterized with much greater accuracy.

Camera-based methods are limited by a trade-off between sensitivity and speed of imaging. Photodetector-based platforms, however, offer an alternative route to capture the fast events. The most recent methods have centered on time-stretching imaging which dramatically enhances image sensitivity. Time stretching methods use broadband light pulses of femto- to pico-seconds to screen each biomolecule or cell in a sample.

The frame rate is determined by the repetition rate of the ultrafast pulsed laser and so ATOM enables imaging speeds of millions of frames per second. Further, the encoded image can be amplified. The combined effect of high-speed and sensitivity eliminates the trade-off displayed by camera-based methods.

The researchers in Hong Kong captured blur-free images of cells that did not require labelling, a typical pre-screening technique used to obtain high-contrast images. The framerate of 105 cells/s far exceeds the framerate of conventional traditional sensors, which provide one-hundredth of that.

Fluorescence imaging of cells is one parametric measure of cells that is more difficult to obtain. It requires pulses of electromagnetic radiation outside of the visible light spectrum, hence time-stretching by ATOM is unsuitable.

The technique, called fluorescence imaging using radiofrequency-tagged emission (FIRE), causes the fluorescence from each pixel to be encoded on a different radio frequency. This occurs in a manner similar to the way in which many TV channels are delivered to a TV via one signal wire, or how many computers are connected to a signal router. This allows the camera to detect a row of up to 200 pixels at once. When applied to flow cytometry, FIRE enables each cell to be imaged at high-resolution, blur-free and in multiple colors, allowing greater image information to be gathered.

The review authors project their hopes for the application of high-throughput, multi-parametric imaging, stating:

We expect that imaging flow cytometers will begin to incorporate machine learning algorithms, so as to allow for high-content analyses in applications such as cell phenotype profiling, personalized medicine and drug development.”

Could beta-blockers be a potential treatment for COVID-19?

uniQure Stocks Up With First Phase III Results of Hemophilia B...

Could beta-blockers be a potential treatment for COVID-19?

Is biotechnology suitable for saving the banana? – Born2Invest