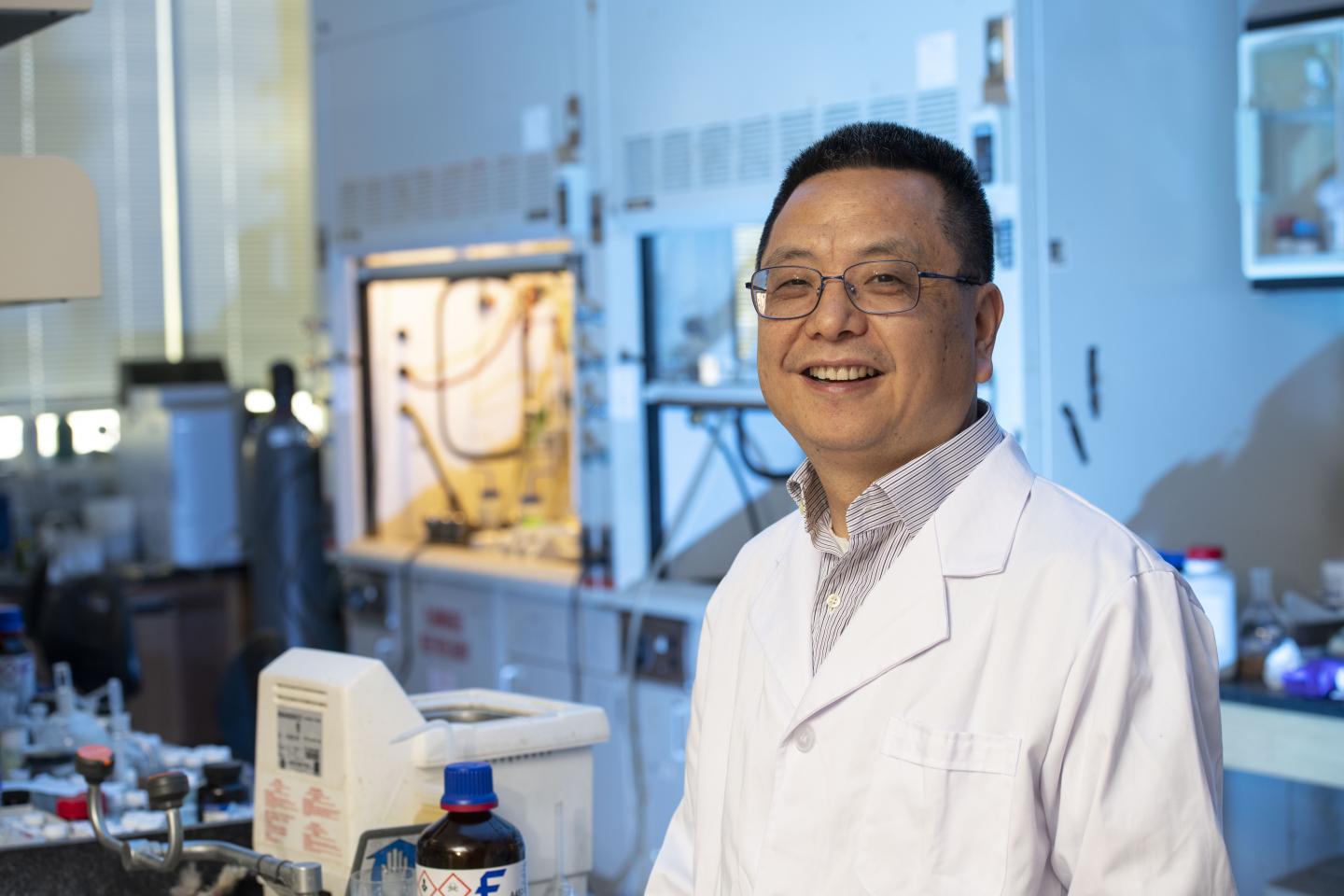 Credit: The University of Texas at San Antonio

(San Antonio, July 15, 2019) — Banglin Chen, the Dean’s Distinguished Professor of Chemistry at The University of Texas at San Antonio (UTSA), has been elected to become a Foreign Fellow of the European Academy of Sciences (EURASC) in recognition of his vast contributions to research in science and technology. The UTSA chemist, who specializes in nanoporous materials, is one of the university’s most prolific innovators.

His research on gas storage, gas separation, photonics, sensing and heterogeneous catalysis has been published in nearly 300 peer-reviewed articles and books including Science, Nature Materials, Nature Energy, Advanced Materials, Journal of the American Chemical Society, Angewdte Chemie International Edition, Energy and Environmental Science and other top journals. Additionally, his work has been cited over 40,000 times around the world by other researchers in chemistry and related fields.

EURASC, a non-profit non-governmental, independent organization, has 600 members from 45 countries, including 45 Nobel Peace Prize winners. These distinguished scholars and engineers are performing leading research and developing advanced technologies while promoting excellence in science and technology by fostering social and economic development and progress.

“It is a great honor to be recognized by EURASC, which includes so many Nobel laureates and Fields Medal winners,” said Chen. “When I heard the news, I was so excited and motivated to promote the science network between Europe and the U.S.A.”

EURASC’s recognition of Chen as a formal fellow is another significant honor. In October, 2018, Chen received the distinguished Humboldt Research Award. The Humboldt recognizes a researcher’s lifetime achievements and is granted to academics whose fundamental discoveries, new theories and insights have had a significant impact on their own discipline.

Chen joined the UTSA Department of Chemistry in 2009. Since that time, he has been ranked as one of the top 100 chemists over the past decade based on his citation impact factor. From 2014 to 2018, the UTSA chemist was chosen as a highly cited researcher by Thomson Reuters and Clarivate Analytics. He was also spotlighted on Thompson Reuters’ list of The World’s Most Influential Scientific Minds 2014-2018 and is ranked among the 2016 list of Most Cited Researchers in Materials Science and Engineering by Elsevier Scopus Data.

This summer, Chen has been visiting the University of Leipzig, Technical University Dresden, Technical University Berlin and the Max Planck Institute of Colloids and Interfaces in Germany to initiate long-term collaborations with scientists in the nation, particularly Stefan Kaskel, whom he has known for 10 years. Kaskel, who is based at Technische Universitat Dresden, nominated Chen for the Humboldt Award and will serve as Chen’s Humboldt host professor.