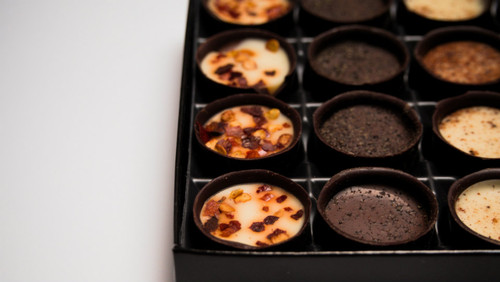 The new BioMedTech fund will create and fund a dozen companies, mainly in France, developing medical devices and medications aiming to revolutionise mini-invasive medicine and health based on technologies sourced by Truffle’s team from the top 50 US and European universities.

Philippe Pouletty, Co-founder, CEO of Truffle Capital, as well as head of the BioMedTech team believes the fund is now among the top players in the sector in Europe: „Our investment strategy is designed to allow clinicians to treat patients more effectively and in a less traumatic way with revolutionary products, allowing patients to enjoy better and longer lives, and payers to reduce health costs. Disruptive innovations sourced by Truffle Capital will combine smart implants, mini-invasive surgery, interventional radiology, AI, micro-robotics and the harnessing of human physiology. Following a stringent selection process, we aim to select and transform their disruptive inventions into major technological innovations and medical products.”

While the focus is the interventional medical devices segment, the fund will channel around 30% of its capital into drug development projects. Individual investments could range from €4m to €35m, with an aim to support each company for up to about eight years.

“We like platforms that can result in multiple drug candidates,” Truffle co-founder and CEO Philippe Pouletty, told Biocentury. According to him, the fund is particularly interested in RNA splicing, immunotherapy and cellular therapy scaffolding. Since co-founding Truffle, Pouletty was involved in the creation of antivirals developer Abivax (EPA:ABVX), antibiotics company Deinove S.A. (EPA:ALDEI) and neurology play Pharnext S.A. (EPA:ALPHA).

Truffle Capital has already created five BioMedTech-funded start-ups – all of them from the medtech realm: HoliStick Medical, aiming to treat cardiac pathologies (PFO) without open-heart surgery, relying on technologies from Harvard and the MIT (both US); Skinosive, which develops dermo-cosmetics technologies to prevent skin cancers based on a Yale University Technology (US); Artedrone, whose autonomous microrobots could prevent and treat cerebrovascular pathologies (France); PKMed, which develops smart bioactive implants; and finally, Bariatek, which works on non-invasive medical devices to treat obesity and diabetes (France).

Base Editing Promise in Treating a Mouse Model of Progeria