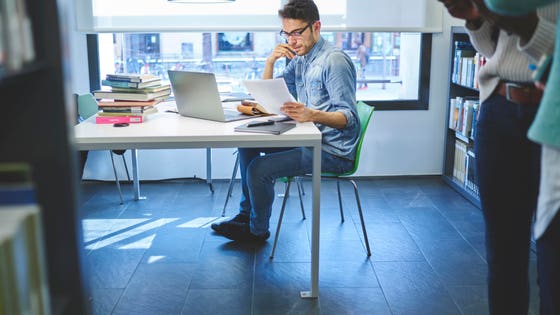 Class starts next Friday! Here’s the extra reading I’m recommending to my students this semester*:

1) The Great American Drug Deal, by Peter Kolchinsky. I’m jumping the gun on this one, since it won’t be formally released until January 20th, but this is an absolutely essential examination of drug pricing in the United States. Building off of Peter’s excellent Medium series on what he terms the Biotech Social Contract, he examines how historically patients, through their insurance premiums, subsidized and financed the cost of innovation in pharmaceutical and biotech drug development, to be rewarded later by an ever-growing resource of cheap and readily available generic drugs. More recently, however, misplaced and misaligned incentives have distorted this system and created the worst of all worlds: high costs, little to no incentives for efficiency, and patients increasingly losing access to the very drugs that they have helped finance by paying premium pricing. Peter was a class speaker in 2013 and even I took notes. If my students read just one book on this list it should be this one.

2) Chasing My Cure, by David Fajgenbaum. If it’s easy to miss the patient perspective when studying drug development and healthcare finance, it’s impossible to ignore it in the context of David Fajgenbaum’s story. He was a Penn med student when he got sick — really sick – in 2010, and remarkably directed much of his own care and the eventual treatment of what turned out to be Castleman disease. David has a remarkable writing voice, and his energy jumps off the page. Chasing My Cure demonstrates how profoundly the biotechnology industry can affect one target in one disease, one patient at a time.

3) An American Sickness, by Elisabeth Rosenthal. When we discuss United States’ healthcare pricing in class, I ask the students to imagine a consulting assignment where they are hired to design the worst possible healthcare system, one with as many perverse incentives as possible, one that promotes maximal waste and inefficiency and spends extraordinary amounts of money, yet leaves large segments of the population without care. Then they study the actual system and realize that the system they were asked to design is already here. A comprehensive list and description of problems to solve in US healthcare, and a to-do list for entrepreneurial-minded students post graduation.

4) Lifespan, by David Sinclair. As twenty-first century data collection and analysis evolves the concept of healthcare, redefines health and disease, and emboldens our definition of innovation, what could be more ambitious than tackling aging itself? Reader beware: there are a lot of leaps of faith in here, and the very idea of tackling aging (versus, say, relieving chronic stress on joints and cardiovascular systems and lungs by exercising, eating well and not smoking) may be more of a branding exercise than the next great challenge in healthcare. But David brings a convincing combination of data and reasoning, sprinkled with illustrative anecdotes. Lifespan is a vision statement for new-frontier healthcare business creation.

5) Hacking Darwin, by Jamie Metzl. Personally, I think that the next great healthcare frontier is reproductive medicine, expanding beyond helping infertile women and couples to have heathy babies to preventing disease, preserving fertility after cancer, and providing opportunities for families to proactively manage their family building. In Hacking Darwin, Jamie walks us through the evolution of reproductive medicine and assisted reproduction and then looks into the future, envisioning a world where we have enormous control over our reproduction. Having been a reproductive endocrinologist, I agree with a lot of Hacking Darwin — and disagree with some of it too. But for illustrating the possibilities for innovation in the coming decades, it is an excellent companion to Lifespan.

6) Aroused, by Randi Hutter Epstein. Before we started designing our own molecules, we used the ones that nature invented. There was pain relieving tree bark and flowers that, when you chewed on them, made breathing easier, as long as you limited the amount. Later we mined the human body itself, discovering and mobilizing nature’s circulating messengers, the molecules that emerged over millennia from the clinical trials of evolution. In Aroused, Randi Hutter Epstein, doctor, journalist and medical historian, reaches back into the twentieth century to document the evolution of endocrinology. A fascinating and worthwhile background for (and contrast to) studying modern therapeutic development.

7) Better, by Atul Gawande. Buried deep in my course lectures are a few pieces of advice: unapologetically biased, non evidence-based, authoritative and, yes, frankly paternal bits of information that my students have to sit through. The most important: the need for humility in anything you do, and particularly anything you do in healthcare. On page 246 Atul Gawande tells the story of how a local general surgeon in Nanded, India, saves a young boy’s life by placing a shunt to relieve the pressure from a blockage of cerebrospinal fluid in his brain, a procedure that only a neurosurgeon in a specially equipped operating room would perform in the United States. Better contains one lesson after another in courage, calm, hard work and humility — essential ingredients for successful entrepreneurship.

See you in class!

Keeping Biomanufacturing Flexible for the Future