The COVID-19 pandemic is still causing massive economic and health-related impacts over the world. Now, a new study by scientists at the University of Miami and biotechnology company Heat Biologics and published on the preprint server bioRxiv* in August 2020 shows that a gp96-Ig-secreting vaccine candidate based on the expression of full-length spike protein generates a potent T cell response. 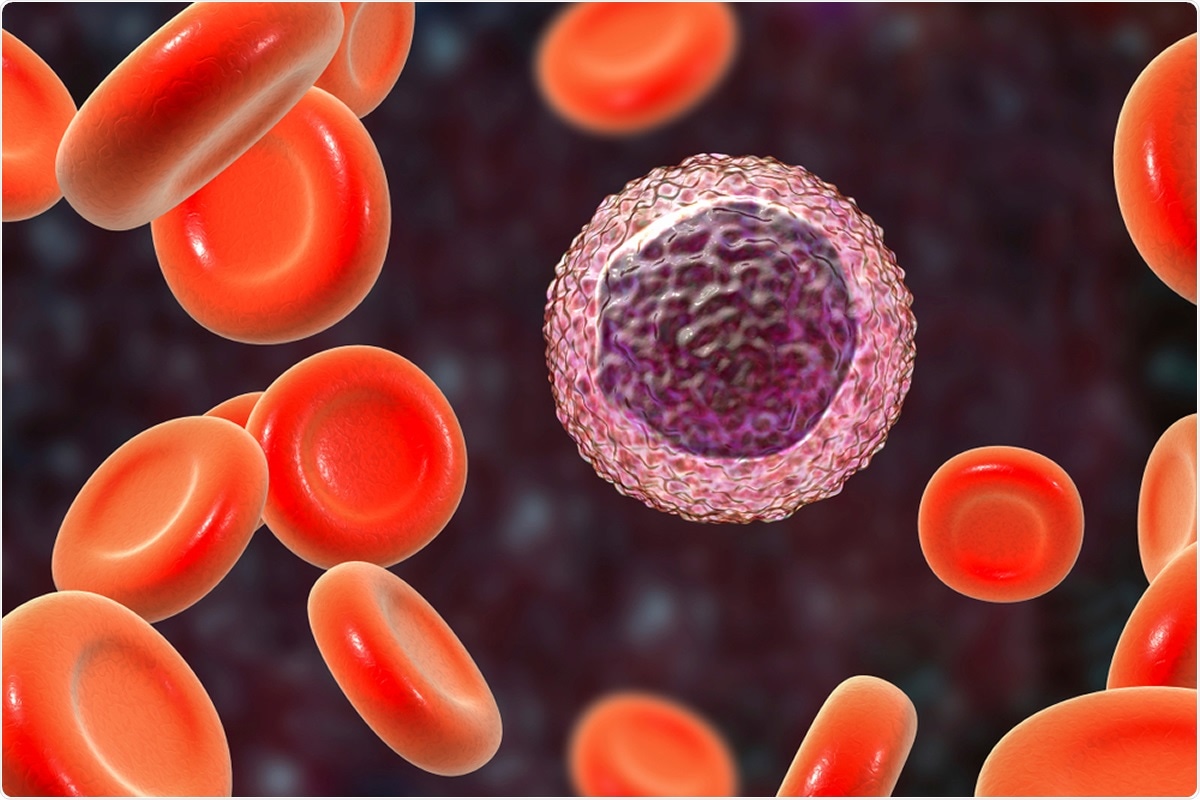 The spike or S protein of SARS-CoV-2 is still the best choice for a COVID-19 vaccine as it is both abundantly present and highly immunogenic. Antibodies against this protein neutralize the binding of the virus to the mammalian host cell. However, the presence of glycosylated residues shields the antibody from being able to neutralize the virus properly. Moreover, antibody decay has been shown to occur in recovering individuals, even more rapidly than with the earlier SARS outbreak.

T cells are responsible for robust and long-lasting immunity as they induce the formation of memory cells to protect against viral infection, and these cells persist for years rather than the short-lived memory B-cells induced by SARS-CoV-2. Most recovered COVID-19 patients show specific CD8+ T cells.

There is a specific subpopulation of tissue-resident memory (TRM) cells, which can respond rapidly to tissue infection without being primed in the lymph nodes. These have the marker molecules CD69 and CXCR620, while interactions between CXCR6-CXCL16 regulate the localization and number of these specific T cells in the lungs. These cells are essential in virus clearance. The researchers, therefore, aimed to generate TRM, since their persistence may lead to improved immunity compared to antibody-only responses.

The researchers used a genetically engineered gp96 construct, called the fusion protein gp96-Ig. Here, they replaced the C-terminal KDEL-retention sequence with the Fc portion of immunoglobulin G1 (IgG1). This fusion protein was encoded inside a plasmid vector that is transfected into a cell line for study. The cell line secretes the gp96-Ig.

This protein complexes with the antigenic peptides so that the antigens derived from the cell are specifically cross-presented by gp96-Ig in vivo. The most significant benefit of this approach is its ability to allow any viral peptide that is bound to gp96 to produce a durable and potent response.

Previous research by the same team has shown, over 20 years, the immunogenic potential of gp96-Ig, whether from an allogeneic or xenogeneic cell primed with the specific antigen, to produce potent and specific T cells against multiple viral antigens. They adapted this technology to show its suitability for vaccine production to induce T cell immunity in lungs, airways, and other relevant epithelial sites.

Secondly, this technology can work in synchrony with other therapies or vaccines, either as a booster or as a second line of defense, and is amenable to large-scale manufacture.

This technology has already been validated in animal and human experiments. This induces protein-specific CD8+ and CD4+ T helper 1 (Th1) responses against tumors, various viruses like HIV and Zika, and malaria, in various models. It not only delays virus infection but also improves the survival of patients with non-small cell lung cancer in clinical trials.

How the gp96-Ig Vaccine Works

The principle of this cell-based vaccine is that gp96-Ig can chaperone protein antigens for efficient endocytosis, allowing them to be cross-presented by activated antigen-presenting dendritic cells to CD8+ T cells, which causes an avid, specific T cell response. This technology was used to create a vaccine that actually brings the spike protein straight to the dendritic cells.

As a result of such a presentation, the primed and activated T cells, specifically targeting the viral S protein can now detect and kill the lung epithelial cells that are infected by SARS-CoV-2.

The gp96-Ig platform is an endoplasmic reticulum chaperone protein that participates in the transfer of antigenic peptides from the cytosol to MHC class I molecules in an orderly fashion. The complexes formed by gp96-antigen binding are mostly internalized by subsets of antigen-presenting cells that have the CD91 receptor on the surface. Once gp96 is internalized, it can present the complex antigens to MHC I and II molecules, helping to activate specific CD4 and CD8 T cells.

The full-length S protein was used to enable the recognition of all the immunodominant S peptides by the secreted gp96-Ig. The researchers had already confirmed that the latter could specifically present the cell-derived antigens, whether infectious or tumor-associated.

This is because both S1 and S2 peptides in complex with secreted gp96-Ig are first transferred to MHC I and II, which presents them to elicit specific T cell responses.

This is the first time that vaccine-induced CD8 cells are being reported to increase in the lungs. With a single dose of the vaccine, the researchers say, both TEM and TCM cells localize in the lungs and the bronchoalveolar fluid, rather than the spleen, which contains mostly naïve CD8 cells.

The TRM in the lungs are already poised to respond immediately to reinfection with the virus. Thus, the vaccine produces “an ideally balanced generation of both arms, TRM and TEM, of the memory response in the lungs.” Such vaccines will enhance the efficacy of induced immunity by making it more durable.

The researchers also show that when CD8+ T cells are primed by CD103+ DC, the result is TRM CD8+ T cell differentiation. Since these CD103+ DCs are the predominant migratory cell subtype and have prominent antigen cross-presenting attributes, their activation by gp96-Ig is ideal for robust and durable cellular immunity in the epithelial tissues.

Virus-specific TRM CD8 T cells depend on CXCR6-CXCL16 interactions for their localization in the lungs and keeping the airway TRM cell pool steady.  The ability of this vaccine to induce CD8 T cells that express CXCR6 ensures that this function will be maintained.

Previous work in several infectious vaccine models confirms the presence of all the peptides of a selected cell for MHC I in gp96-Ig. This ensures that it has the “broadest, theoretically possible antigenic epitope-spectrum for cross-priming of CD8+ T cells by any MHC I type.” The current study shows the induction of T cells against multiple epitopes with multiple functions.

The researchers sum up: “Vaccination with AD100-gp96-Ig-S induces CD8+ T cells specific for S1- and S2-immunodominant epitopes in both lungs and airways. Most importantly, this is a proof-of-concept study that will be applied to other structural proteins and nonstructural proteins.”

This novel approach to vaccine development shows its capability to induce cell immunity in epithelial tissues. The researchers conclude, “This is a first demonstration of the utility and versatility of gp96-Ig SARS-CoV-2 vaccine platform that can be rapidly engineered and customized. The platform is proof of concept for the prototype vaccine approach for similar pathogens that require induction of effective TRM responses in epithelial tissues.”

Natasa Strbo, MD, DSc, Assistant Professor of Microbiology and Immunology at the University of Miami Miller School of Medicine and co-developer of Heat’s gp96 platform, commented, “Vaccines that can induce SARS-CoV-2 specific CD8+ T cells that home in to the airway epithelium are needed to effectively mount an immune response against SARS-CoV-2. Our latest publication demonstrates the importance of tissue resident memory CD8+ T cells triggered by our vaccine in protecting against infection.”

Jeff Wolf, Chief Executive Officer of Heat, commented, “We believe that these results are a powerful reinforcement that this platform represents a unique and relevant paradigm for novel vaccine development, capable of inducing cellular immune responses in epithelial tissues such as the lungs. This publication demonstrates the potential utility and versatility of our vaccine platform to address SARS-CoV-2, relevant mutations and other pathogens of interest.”