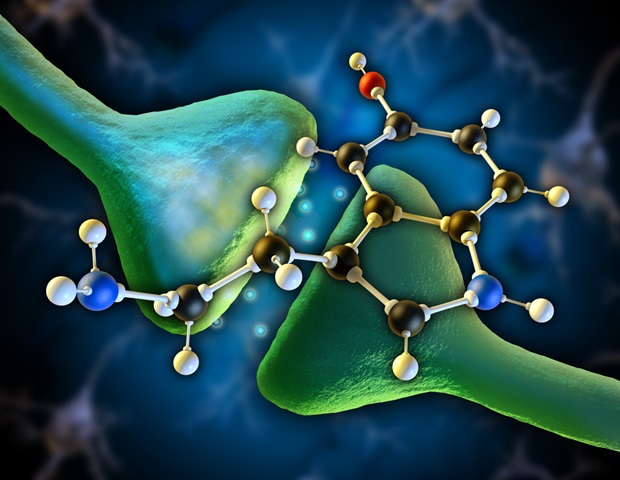 Recent estimates indicate a prevalence of autism spectrum disorder (ASD) in the United States of 1 in 59 children with a well-established 4:1 male predominance.

Individual costs for care are estimated at about $2.4 million, yielding a societal burden that is expected to exceed $400 billion by 2025. Currently, there are no FDA-approved medications that improve the core symptoms of ASD.

Neuroscientists in the laboratory of Randy D. Blakely, Ph.D., professor of biomedical science in Florida Atlantic University’s Schmidt College of Medicine and executive director of the FAU Brain Institute, are focused on serotonin, a mood-regulating molecule in the brain that regulates many brain synapses -; the gaps between nerve cells where signals are sent and received.

The supply of serotonin is tightly regulated by a protein called the serotonin transporter (SERT), which sweeps away serotonin from synapses to limit its action. Shifts in the transporter’s activity can significantly impact the ability of serotonin to act in the brain.

Changes in signaling by the neurotransmitter serotonin has been connected to autism for more than 50 years, dating back to findings of elevated serotonin levels in the blood of some people with the disorder, a feature termed hyperserotonemia.

Since this time, multiple rare changes in the genetic code that impact SERT have been observed. Recent studies of mice expressing the most common of these gene variants, called SERT Ala56, induces behavioral changes in animals that scientists connect to alterations in people with autism – repetitive behavior, altered communication, and atypical social interactions, as well as hyperserotonemia.

Although the effects of the SERT Ala56 mutation are paralleled by other mutations in the SERT gene, none of these mutations are common enough to account for the number of individuals with autism demonstrating hyperserotonemia.

Blakely and collaborators have published a study in the journal Frontiers in Molecular Neuroscience, which now offers a possible explanation for this puzzle.

We have known for some time that the activity and regulation of the SERT protein is critically dependent on a number of other proteins that tell the protein where to locate on nerve cells and how to act.”

It turns out that the SERT Ala56 mutation changes the structure of the transporter in ways that keep these partner proteins from interacting with the transporter, a protein that Blakely’s laboratory identified thirty years ago.

Last year, Blakely’s former graduate student Meagan Quinlan, Ph.D., first author and a post-doctoral fellow at the University of Washington, demonstrated that the SERT Ala56 mutation impacts the structure of the SERT protein in cells in culture, revving up the transporter into a state of abnormally high activity.

“We think that this high-activity state results in removal of too much serotonin from sites in the brain where serotonin is needed, both during development and in adults,” said Quinlan. “I suspect that the structural changes we have observed likely reflected changes in the regulatory ability of SERT-associated proteins to maintain serotonin inactivation at normal levels.”

To test this concept, Quinlan purified the mutant transporter from the brain of SERT Ala56 expressing mice, as well as from normal mice, and then determined whether proteins normally bound to SERT were still attached.

“We found that only a few proteins seemed to interact with SERT Ala56 more than they should. In contrast, many more proteins appeared no longer tethered to the transporter, including some proteins we already knew to be SERT regulators and others that have been linked to ASD,” said Quinlan.

Blakely was actually quite surprised at the findings. “It is quite amazing that one of the smallest changes you can make in SERT can alter its interactions with partners,” said Blakely.

According to Blakely, further work could reveal more extensive links between SERT and other genes known to associate with autism, broadening the impact of SERT Ala56 to other neurotransmitter systems.

“Following the scent of serotonin may well take us to molecules and medications we had no clue about just a few years ago,” said Blakely.

Blakely’s team recently reported a new small molecule that can tone down SERT activity and normalize behaviors in the SERT Ala56 mouse, a molecule that he hopes may lead to a new therapeutic.

“A goal moving forward with this drug is to see if it can reverse the changes in SERT Ala56 protein associations, tying the molecular changes we see with the mutant to how the drug may work,” said Blakely.

ASD is a serious developmental disorder with increased prevalence that impairs the ability to communicate and interact and impacts the nervous system. The range and severity of symptoms can vary widely and common symptoms can include difficulty with communication and social interactions, obsessive interests, and repetitive behaviors. No current medications treat the core features of ASD.

X-ray experiments demonstrate a new way to block the entry of...