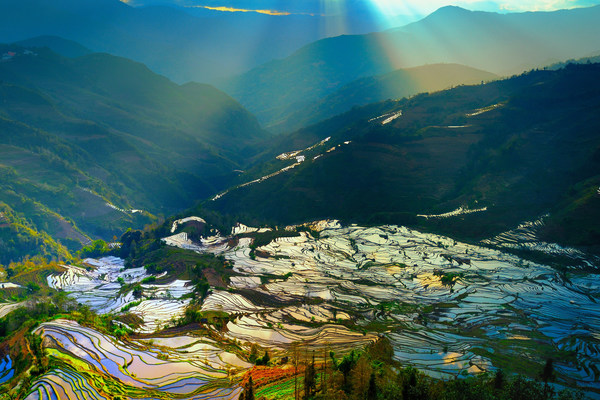 Powered by self-developed technological platforms and laboratories worldwide, BGI, a genome sequencing organization headquartered in Shenzhen, China, has been rapidly expanding since 1999 to support milestone projects ranging from human, rice, silkworm to genetic diversity in the world’s deepest ocean trench.

In 2021, Jian Wang, BGI co- founder and chairman, was part of an expedition to the western Pacific Ocean, helping to sample organisms living 10 km below the surface. “Our team is keen to support international collaborations, such as the Mariana Trench Environment and Ecology Research Project,” says Wang. “We hope that the digitized genetic materials will shed light on questions about the origin of life, biodiversity, and extreme environmental adaptation.”

BGI’s sequencing capabilities have contributed to more than 50% of the world’s genetic sequencing projects, including input to the Human Genome Project (HGP), according to George Church, a geneticist and professor at Harvard Medical School.

BGI was set up in 1999 to participate and contribute to the HGP. Wang and his team completed the sequencing, assembly and analysis on the tip of the short arm of chromosome 3, which was then estimated to account for about 1% of the HGP.

The HGP was an important chapter for China, and the work contributed to BGI’s development of technologies for new studies including the first diploid genome sequence of an Asian individual, the International Giant Panda Genome Project, SARS, and researches on Asian rice. Since April 2000, BGI team has enabled new understanding of the evolution and relationship between rice species, paving the way for improved quality, resilience and yield. The rice gene map was described in the April 2002 cover story of Science.

Sequencing the genomes of Asian cultivated rice, O. sativa Xian Group and O. sativa Geng Group, marks a milestone in agricultural research. Previously the groups were incorrectly named Indica and Japonica, which do not fully represent their relationship and evolution.

Shuaishuai Tai, a BGI Genomics researcher specializing in agriculture genetics, explains that through SNP analysis, and the comparative analysis of the genomes of structural variation (SV), their work supports the multiple origin hypothesis of different rice lineages.

There are a large number of SVs in Asian cultivated rice, with an average of about 12,000 SVs per genome, which may be the genetic cause of Xian/Indica and Geng/Japonica hybrid sterility, as well as hybrid decline.

“One of the biggest challenges we overcame 10 years ago was the very low sequencing throughput, and scarce resources. But after years of innovation, sequencing power is now more than 100 times faster than in the early 2010s,” says Tai.

Dr. Tom aims to enable researchers from different fields, as well as collaborators with little or no bench lab experience, to share their data and findings more easily. It has become one of the mainstream cloud RNA analysis platforms in China, with more than 15,000 users from more than 20 countries. “Our visualization feature is meant to be interactive for idea exchange, encouraging communications and collaborations,” says Tang.

Ensuring a large amount of data runs smoothly across the network is another design priority for Tang. “Since the development of next-generation sequencing, processing the data produced is simply not possible for most computers,” says Tang. “We are improving our design, but what used to take a day to quantify genetic data mining now only needs one to two hours.”

In 2021, BGI Genomics teamed up with the West China Hospital of Sichuan University to complete the sequencing of 100,000 people with rare diseases within five years.

Using the world-leading sequencer to complete genome analysis and mutation information, the project aims to bring hope for an estimated 20 million people in China with rare diseases, while enhancing diagnosis and treatment standards.

Asieris to present a study protocol of APL-1202 in combination with BeiGene’s tislelizumab as neoadjuvant therapy（NAC）for muscle invasive bladder cancer (MIBC) patients at 2022...

Did US Biotechnology Help to Create COVID-19? by Neil L. Harrison...