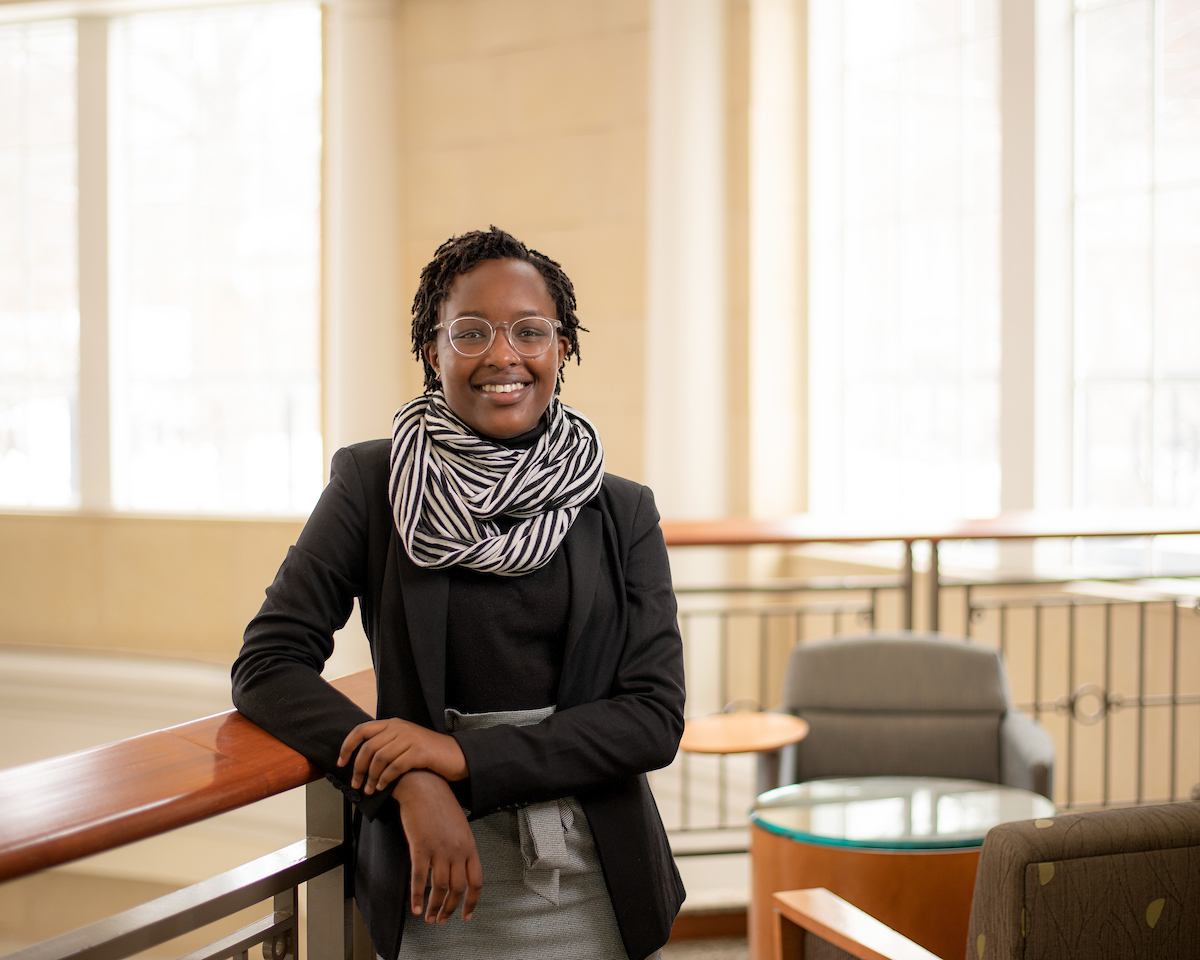 For fourth-year mechanical engineering student, Laura Ndoigo, a job after graduation naturally fell into place. Like most engineering students, Ndoigo completed an internship both as part of her coursework and as an opportunity to gain valuable industry experience. What she didn’t know was that her internship would lead to a job offer.

Ndoigo has thrived in her final semester of her undergraduate career; she has been engaged in extracurriculars, undergraduate research and internships. Her journey, however, started slow. As a first-year international student, Ndoigo felt far from home, but she quickly realized that Ohio University would be the home of many “firsts” in her first year.

“Ohio University and Athens [will always be] my first home in the US. It will forever be the first place I met my friends and made good connections and achievements,” reflected Ndoigo.

Her key to her success early on was embracing community around the university. She accepted an undergraduate research position at the Institute for Sustainable Energy and the Environment. She also became involved in the African Student Union, Student Senate, global ambassadors and the engineering ambassadors. She found various networks of support by seeking out avenues that reinforced her personal, academic and professional interests.

“I had the hardest time was when I was a freshman because I was new to Athens, the U.S. and Ohio University. I had to convince myself that it was okay to ask for help,” said Ndoigo.

In her senior year, Ndoigo is an engineering student who leads by example. As an engineering ambassador, she interacts with prospective students regularly to share her experiences at Ohio University, including how they have shaped her future as she nears graduation.

Her future after college was cemented after she interned with Smiths Medical, now ICU Medical, in Plymouth, Minnesota, which specializes in the production of biotechnology. This internship was exactly aligned with her professional interests.

“I chose mechanical engineering because I wanted to go into a field that is essential — biotechnology,” said Ndoigo.

During her internship, she learned about the early stages of production for medical equipment. When the summer was coming to an end, she was offered a full-time position after she graduated. The position will allow her to work in a research and development lab, designing and analyzing experiments, which will support the creation of new products by ICU Medical.

Ndoigo’s journey to securing a job was not defined by her early obstacles. Instead, she embraced community, support and friendship to guide her through her academic career and land her a job doing exactly what she hoped to do when she started college at OHIO.

Now, as a student who interacts regularly with prospective students, she can leave them with a piece of advice.

“Always say yes to any opportunities in college. Just do it. You don’t know what it will lead to,” said Ndoigo.