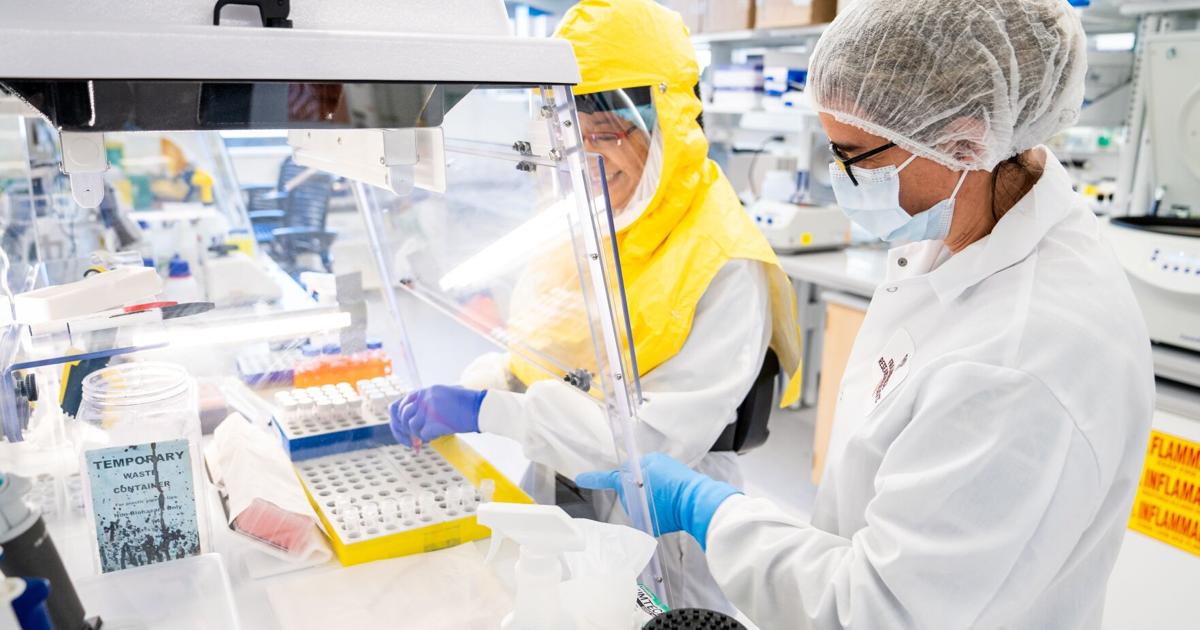 The results from a survey released in recent days by Virginia Tech convey two main messages.

Commissioned in collaboration with Research!America, a nonprofit medical and health research advocacy alliance, the survey of 1,000 commonwealth residents was presented Wednesday to an audience filled with stakeholders in biotechnology research and development who had gathered for the Virginia Research and Innovation event that moved between the Virginia Tech Carilion School of Medicine and the Fralin Biomedical Research Institute at VTC.

(Just to add a note of clarity: the school is a collaboration between the university and the Carilion Clinic health system, while the research center is entirely a Virginia Tech joint.)

One of the survey’s messages should be heeded by members of Congress, state legislators maneuvering to reach agreement on a budget, local government officials and business leaders. That message is that a majority of Virginia citizens broadly support biotechnology research in all its forms.

“I think it should be energizing and inspiring to all of you as you continue your great work,” said Research!America President and CEO Mary Woolley.

The second message is one that companies and academic institutions working in the biotechnology sector need to ponder: only half of Virginia’s residents are even vaguely aware that federally funded biotechnology research is already happening in the commonwealth; has been happening, in fact, for many years.

For Virginia Tech, that second result is especially perplexing. The public university came in third among institutes of higher education recognized by Virginia residents for their accomplishments in biotechnology research — but that third place amounted to 6% of those surveyed.

Taken in perspective, perhaps this is not surprising. Two other schools that came ahead in the poll, the University of Virginia and Virginia Commonwealth University (as Virginia Tech President Timothy Sands put it, “The top two have had a 100 year head start, but we’re on a move to catch up fast”) still didn’t crack close to 50% name recognition among residents that knew biomedical research was happening somewhere in our state.

As Fralin Institute Founding Executive Director Mike Friedlander pointed out, these results underscore a need to raise awareness with the general public about the cutting edge research happening every day not just at Riverside Circle in Roanoke, but also in Charlottesville, in Richmond, in Washington, D.C. “It’s their money that has paid for it. They deserve to know about it.”

“I think what that says to us is that we forgot to share our story well,” said Carilion Clinic CEO Nancy Agee. The problem it presents is “how do we show that we’re really winning and making a difference?” The Virginia Tech-Carilion partnership, she noted, has undertaken a lot of community outreach, an example that others in the industry could learn from.

Certainly, both the biotechnology industry and state policymakers stand to mutually benefit from taking this measure of support into consideration. “There’s probably a lot of people in the middle layer of politicians who don’t really know much about this and don’t really know how their constituents feel,” Friedlander said. He hopes the survey can help those officials see, when weighing dollar amounts to distribute in support of research infrastructure and the like, that the people that vote for them care deeply about these efforts.

The event Wednesday preceded the THRiVE 2022 statewide biotechnology conference held Thursday at Hotel Roanoke, organized by the Virginia Biotechnology Association. With a theme of “Building the Bioscience Ecosystem to Shape the Future,” the conference featured an opening address from Del. Sam Rasoul, D-Roanoke, presentations from a smorgasbord of corporations and universities, and keynote addresses from Friedlander and Agee.

Among the presenters: David Ayares, CEO of Revivicor, a company in the Virginia Tech Corporate Research Center that made major medical news earlier this year when the heart of one of their genetically modified pigs was transplanted into a human patient, who lived two months after the surgery.

The hosting of such a conference in Roanoke is an accomplishment to crow about all in itself, a sign that efforts to bring the attention of the movers and shakers of the biotechnology industry to Southwest Virginia is moving in the right direction.

John Newby, CEO of Virginia Biotechnology Association, acted as master of ceremonies at the Hotel Roanoke event and also participated in a panel during Wednesday’s presentation.

“Virginia Bio has been around since 1992,” Newby said — an indication of how young this industry is. “We have just over 280 members. Our members are from companies large and small. Our goal and our mission is to support primarily our young companies’ growth, so they can get these great inventions and ideas out into society to save lives. So we connect them with capital. We are the voice for them in front of legislatures, federal and state.”

At Wednesday’s event, every speaker conveyed enthusiasm for the pursuit of research and the potential of budding collaborations, though any member of the general public that attended might have been challenged to keep up with the industry jargon and acronyms. Many members of both panel and audience were industry insiders who knew each other on a first name basis.

That said, the industry’s growing pains flared a little even in that cozy environment, perhaps eased into the open by familiarity. During a question and answer session, a couple of company representatives stood to complain directly to their academic counterparts on the stage about difficulties getting past gatekeeping systems to communicate and secure contracts.

What a boon it is that the Star City is a place where these colleagues can gather to overcome these differences for the betterment of the world.

Get opinion pieces, letters and editorials sent directly to your inbox weekly!