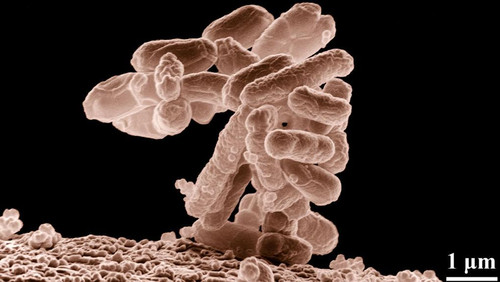 In Cell the team headed by Aiden Haghikia from University Bochum demonstrated that the administration of propionic acid (PA) in addition to MS standard therapy reduced the relapse rate and the risk of disability increase in the long term. Furthermore, MRI studies indicate that propionic acid may reduce brain shrinkage of patients with Multiple sclerosis (MS), which is regarded as a measure for neuronal cell death.

The reseach team together with co-working groups at MDC Berlin and University of Halle-Wittenberg demonstrated that the microbiome composition is altered in MS patients. In addition, for the first time they were able to show a deficiency of propionic acid in the stool and serum of MS patients, which was most pronounced in the earliest phase of the disease. Propionic acid is an EFSA-approved antibacterial food supplement.

“Intestinal bacteria can directly and indirectly influence anatomically distant structures such as the brain,” explained study head Haghikia, who together with Flexopharm Brain GMBH & Co. KG holds a patent on the invention.  The company markets a related food supplement. “The intestinal microbiome thus corresponds to an independent endocrine organ that is in contact with the environment.”

In the current study, the scientists transfered results previously obtained in cell culture and disease models co-developed witha group from Bar-Ilan University in Israel to MS patients: short-chain fatty acids such as propionic acid or its salt propionate led to the increased formation and increased function of T regulatory cells (Tregs) of the immune system. “These cells stop excessive inflammatory reactions and reduce auto-immune cells in the context of autoimmune diseases such as MS,” said co-author Ralf Gold, Director of Neurology at St. Josef Hospital. The increase in Treg function is due to improved energy utilization through an altered function of the mitochondria.

However, the short-chain fatty acids represent only a fraction of the metabolic products of intestinal bacteria. “Further research into this largely unknown organ and the knowledge gained from it will make it possible to develop further innovative dietary measures to complement the known therapeutics in the future,” commented Haghikia.

A Bird’s Eye View On The Biotechnology Sector – Kalkine Media